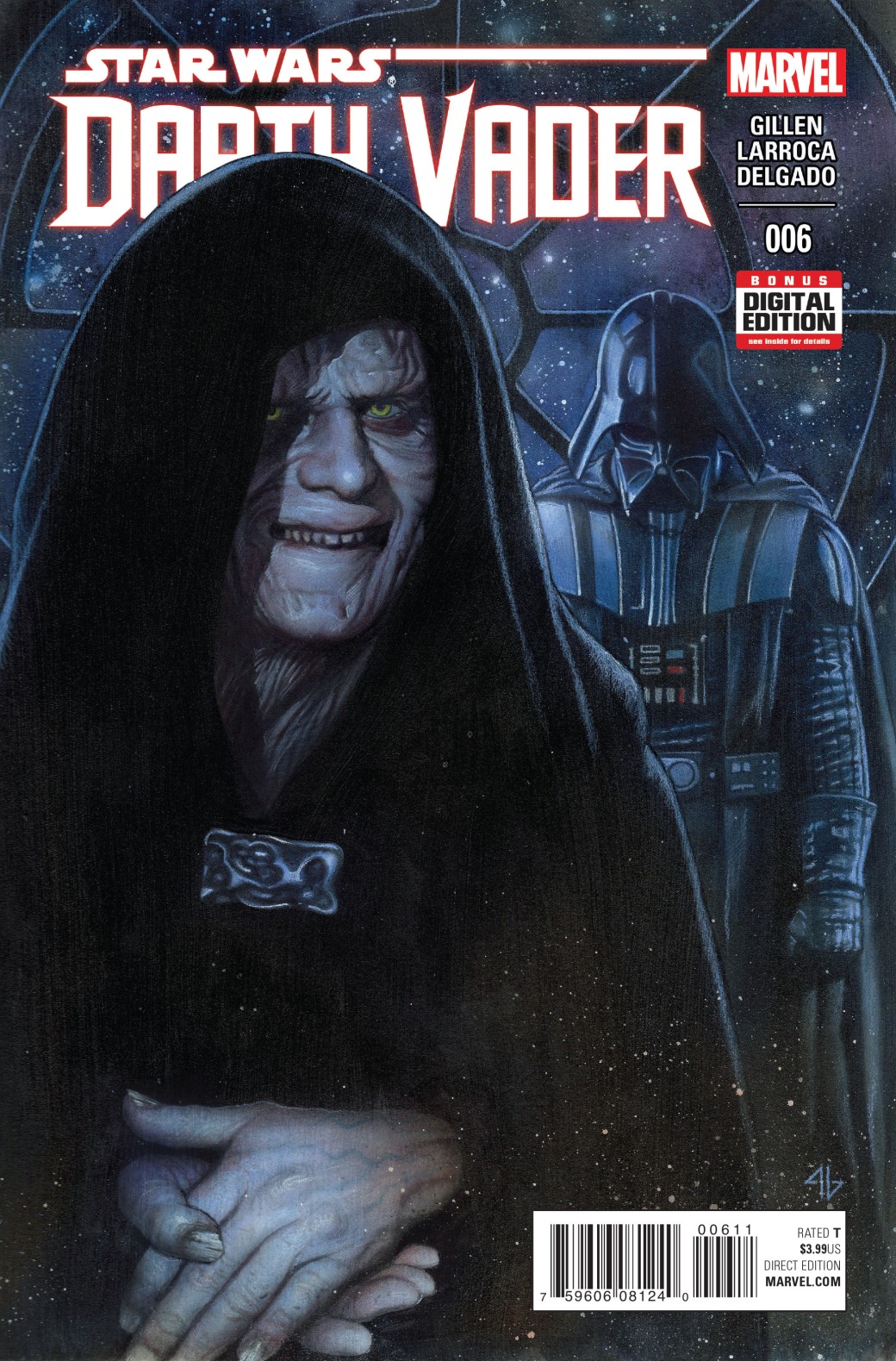 Vader faces a test of his loyalty to the Emperor and of his ability as Cylo’s minions attack. As Cylo explains to the Emperor why his creations are superior, Vader seems to be easily dispatching them. The battle is stopped by the Emperor as he wants the remaining, including to Vader, to be of some use. He not so subtly hints at a kind of Highlander-style “there can only be one” weeding out process. As Vader questions the Emperor for considering replacing him, the Emperor reminds him that this is the way of the Sith. If Vader triumphs, he is the stronger and deserves to serve the Emperor. If one of Cylo’s creations triumphs, then Vader was weaker and so wasn’t worthy anyway.

Even if the first five issues weren’t good, it is all worth it for the close of this issue. Here we learn of how Vader discovers that he has a son and that the Emperor has lied to him. It is here the seeds are set for Vader’s eventual betrayal that begins in Empire and ends in Jedi. The visual storytelling here is amazing. Vader’s mask betrays no emotion, yet, the layout and art show you how angry he is; how consumed by his anger and his hate he is. You can almost feel the pages pulsing with his emotion.